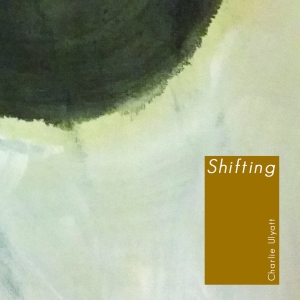 English guitarist Charlie Ulyatt’s Dead Birds was largely characterized by a languid, yet focused series of solo guitar anti-études. In place of demonstrating earth-shattering virtuosity, the Nottingham-based guitarist more interestingly showcased a meditative awareness which honed in on the precise meeting point of timbre and temporality. In listening to Dead Birds, one quickly comes to recognize Ulyatt’s tone—lightly treated with reverberation and tremolo—as his own distinct voice. One also quickly picks up on the tranquil patience the artist possesses, made evident by the simple and soporific nature of the pieces. Impressively, the Ulyatt’s forthcoming cassette, appropriately titled, Shifting, opts to change direction. In place of the breezy, repetitive style found on Birds, the listener encounters tensile, sometimes percussive, almost always inquisitive pieces, whilst not jarring per se, do ask something more of the listener than Ulyatt’s preceding album. “A Taste of Ore” invokes the hypno-drones of “Venus In Furs” with Ulyatt effectively standing in for both Lou Reed’s “ostrich guitar” and John Cale’s imperious and jagged viola, all the while, leaving the Warhol Factory pretense at the door. Fleeting moments of slide guitar on “Ah Moses” harken back (even if unwittingly) to the blues of the Mississippi Delta, creating a fascinating lineage from Robert Johnson’s crossroads covenant with Old Scratch to the post-industrial experimentalism of the East Midlands. Elsewhere, tracks such as “Dry Lake Piss Flow” and “Daisy Chain Burns” recall the grit of Skullflower, but manage to replace the dark and dirgy overtones with something that, despite its abstract qualities, is surprisingly joyful. In all, Shifting is a fascinating series of tunes, that whilst lacking the accessibility of Dead Birds, remains an artistic testament to the importance and inevitability of change. 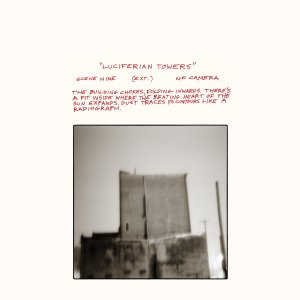 Canadian symphonic rockers, Godspeed You! Black Emperor return with their first record in x years with Luciferian Towers. Having not listened to Godspeed! much since Yanqui U.X.O, this listener was taken aback by the collective’s drastic departure from the brooding and sparse compositional work littered with field-recordings, monologues, etc. Instead, the group’s modus operandi has evolved into one which is jubilant, airy, and fairly wide-open. The musicianship remains top-notch, as do the politics. Sonically, however, the results leave much to be desired. This release largely underscores that Godspeed You! Black Emperor operate almost entirely within the idiom of rock’n’roll —a fact, that their musicianship has long done well to obscure. The opening piece, “Undoing a Luciferian Tower” is a sprawling, cinematic piece, that while decisively executed, is at times almost humorous in its unabashed bombast. Again, noting that the group operate largely within the idiom of rock’n’roll, their sonic vocabulary often ends up coming off like an indie-version of Trans Siberian Orchestra. The instrumentation is never lost or bizarre (in a pejorative sense), but the aesthetic framings that the group operate within, coupled with the aforementioned bombast, comes across as fairly mawkish. The third track, “Fam/Famine” is perhaps the best of the LP. Structurally, less predictable than the multi-movement crescendo/apex/release employed throughout the rest of the LP, the album’s shortest tune instead opts to explore sensibilities that closely resemble the collaborative proto-ambient work of Brian Eno and Robert Fripp à la No Pussyfooting. Not a bad direction and one that the group pull-off masterfully. While praise for this release has been virtually unanimous, here at Marginal HQ, we’re a bit more skeptical. Despite the group’s well documented political stance(s), the adherence to convention and accessibility, again casts doubt on western music(s)’ ability to catalyze or embody substantive social change.

Hot off the press from Austrian label, Trost Records, To The Animal Kingdom is a blistering release from a fantastic trio of Mette Rassmussen, Tashi Dorji, and Tyler Damon. Recorded live in Toronto during the trio’s brief Canadian tour in the summer of 2016, the opening bars of the title track prod, poke, and playfully tease the listener before exploding into a joyful cacophony that straddles a meandering and rapturous line between disgruntled no wave and John Coltrane’s final works with Rashied Ali. “To Life” features Rasmussen’s serrated, almost Dolphy-esque playing, which invokes hardboiled film noir chase scenes and/or the turtlenecked basement hipsters of yesteryear, spitting, salivating, and flippantly flicking their cigarettes with disdain, all the while losing their shit behind the impenetrable façade of cool. Concurrently, Damon and Dorji’s equally fervid sonic quills shred the air ragged, making for a melange of something that’s not quite jazz, not quite punk, and not quite noise rock, yet would fit square in the middle of a Venn diagram of the three. The closer, “To The Heavens and Earths” is a slowly crescendoing,  jerky, free jazz number. At times reminiscent of a less bombastic Last Exit, the piece builds to it’s lurching apex, only for the bottom to drop out. Just like a bird whose sprightly song has ceased, the ensemble briefly take stock of all that surrounds, before fluttering off into the vastness of the world.

Keith Rowe and Christian Fennesz  — Live at the LU (2004, Erstwhile)

Recorded live in Nantes in 2002, this release features two of the 20th century guitar’s most distinct voices, Keith Rowe and Christian Fennesz. This recording feels remote and austere, but never meandering. Worlds away from the likes of Venice or Endless Summer and in some ways, more discreet (or even tenuous) than Rowe’s work within AMM or with other collaborators. Indeed, the listener feels as if they are stumbling amidst the ruins of a modern city, which is lifeless save for the odd, fragmentary sounds which unexpectedly resound, only to sink back into the depths of silence moments later. The assorted radio parings underscore this feeling, providing an unsettling sense of abandonment, as if one hopes the airwaves will provide some glimmer of hope, yet do little to assuage the misplaced subject who stumbles amidst and through the decay. Readers should not be dismayed or put off by the bleak picture painted, however. Instead, this collaboration has a distinct sense of curiousness (and even playfulness), which is quite often present in improvised music(s), yet goes overlooked or is displaced by some imagined gravity. Perhaps such readings are informed by large swathes of silence or non-music(s), which demand more from the listener, thus evoking solemnity. Whatever the case, Rowe and Fennesz riff well off of one another and this release, like much of Erstwhile’s catalogue, is well worth exploring.

Signal glitches, white noise, blips, squeaks, snippets of tape recordings, and granules of radio broadcasts all combine to create a challenging, yet wholly enthralling engagement on this 2012 release by two giants of improvised music(s)/sound art, Bonnie Jones and Andrea Neumann. Continuing in the tradition of Annea Lockwood, the tape music icon whose ability to interweave aural fragments never ceases to amaze, this duo truly emit their work as a collective, cohesive whole. This collaborative album treats the listener to an experience that is one-part sonic kaleidoscope, one part dialogue.With the former, one experiences a host of varying sonic phenomena: scraping sounds that demand attention, stringed instruments, placating bits of old folk songs, digital chirps, white noise, and disorienting manipulations of stereo panning.  With the latter, as always, it’s up to the listener to contextual and “read” what the phenomena mean (and so too, where they originate from — in both an aesthetic and literal sense). In both instances, as aforementioned, the collectiveness of the release is palpable and engrossing in a way many music(s) are not. One is unable to both de- and re-construct the works (“Ah yes, there is Joe Strummer voice, oh and yes, there is Paul Simonon’s bass, etc.) and in doing so, subjectivity is decentered. The individuals are omnipresent and ever-active, but the resulting work is something that is neither Jones nor Neumann (nor the listener in a vacuum). In all, a fantastic listen.

Having recently seen Mick Flower perform with Clandestine Quartet, it was only a matter of time before his work in some capacity entered the Marginal rotation. This self-titled record from 2008 features Flower on six blistering strings and John Moloney blasting the kit. A low fidelity treat which showcases the duo’s swagger and gritty ebullience. At times reminiscent of psychedelia’s spacey heyday, other times more akin to a free-noise Kiwi outfit, easy on the noise. Featuring two studios cuts and three live ones, fans of either John Moloney or Mick Flower will dig this release for sure.

After a September sabbatical, which included lots of work, a vacation, and more work,  Marginal gears are creaking back into rotation at HQ. Just in time too, because we’re sure excited for this release from veritable sonic-journeyman and bonafide aesthete, Robert Aiki Aubrey Lowe. For their exhibition Atmosphere for Enjoyment: Harry Bertoia’s Environment for Sound, New York’s Museum of Art and Design commissioned Lowe (and Lizzi Bougatsos of Gang Gang Dance) to produce a series of sound and video recordings at Bertoia’s Pennsylvania sonambient barn. These recordings released on the DDS label, are the result of one such session. As is to be expected, the ambience of the barn coupled with the sculptures’ already ethereal sonic characteristics, results in a set of magisterial, widely resonant pieces, featuring manipulations of Bertoia’s sound sculptures. Where Lowe excels, is in his ability to harness the happenstance of improvised performance. Levitation Praxis allows the artist to demonstrate an artistic awareness and tact that inform the aesthetico-methodological choices: when to push on and further develop an idea, when to refrain, et al. Interwoven layers of choral melodies and urban sounds produce a rich sensory experience for the listener and explode the temporal and contextual framings around the works. Is it medieval religious chanting? Is it musique concréte? It’s dually both and neither all at once. While Bertoia’s original recordings are imbued with a certain otherworldliness, Lowe’s tasteful use of vocal and tape treatments add a new dimension to sonambient execution and composition.

A final salient point: in the relative racial homogeneity of many avant-garde circles (a point itself, that remains woefully under analyzed), as a person of color, this writer/listener can truly appreciate that Lowe’s (marginal) artistic practice(s). Indeed, his very inclusion in this project, helps to illuminate that artists of color, especially those whose artistic practices transpire on the margins, must often simultaneously navigate a host of margins, many of which are far more consequential than one’s chosen aesthetic path. Furthermore, if marginal artistic practices and music(s) are ever to serve as incubators and/or catalysts for radical social change, the spaces and imaginaries that reinforce the avant garde must first begin to chip away at homogenous understandings about who occupies these spaces and in a very literal, normative sense, what the avant-garde looks like. At the risk of succumbing to blind optimism, the future is likely to be diverse (and factually speaking: less white); but the real question is, can the avant garde remain the vanguard?