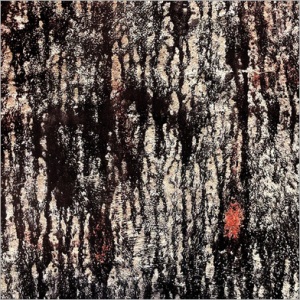 I first heard Tashi Dorji’s music three years ago after stumbling upon a cassette copy of Guitar Improvisations at a record store in his home base, Asheville, North Carolina. The store clerk told me that if I felt particularly compelled, I could seek out Tashi, working at the local grocery co-op. I decided it best to not bother the bloke at work and settled on popping Guitar Improvs into the deck instead. That first encounter set in motion a deep appreciation for Dorji’s singular and refreshing approach to the guitar—an instrument whose ability to inspire greater or lesser degrees of artistic pastiche and self-aggrandizing redundancy never ceases to amaze. At any rate, Both Will Escape sees Dorji in ensemble with percussionist Tyler Damon and the sonic results are an aural firecracker. From Damon’s initial chime and bell paradiddles on the titular opening track, to Dorji’s blistering guitar sorties on “Two Rabbits,” Side A runs the dynamic gamut, fusing the delicacy of gamelan with the ferocity of Sonny Sharrock. Flip the slab and the second side of the affair springs to life with “Gate Left Open,” a tense and slowly cascading number which intensifies into a rollicking show of percussive bombast and a frenzied plenitude of whooping, wailing, pickin’ and sliding all before Damon pulls the handbrake and the duo groove into something resembling a lost This Heat cassette that has partially jammed in the deck, but sputters through, nonetheless. Hard to believe half an hour’s gone by the time the stylus is giving agency to the album’s gritty post-modern kosmiche closer, “Kudzu Weave.” With a hypnotic guitar loop assuming the rhythmic backbone, they pull and release before one final unrelenting push to cross the finish line, at which point our self-assured protagonists shrug it off like it ain’t no-thing.

Highly recommended and easily one of the best .