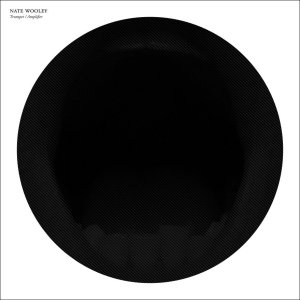 The opening sorties of “Trumpet A” sound more electronic fragments or analogue tape manipulations than noises emitting from a brass horn. The American balances contorted sputters of air with sharp bursts of silence, demonstrating both superb control over the instrument and also creating a wildly cyclical sound, not dissimilar to the sounds of shuffling through the FM band in the middle of nowhere. The second tune (“Trumpet B”) is thematically similar and again highlights the rich sonic palette Wooley has come to craft with the trumpet. At times, one could reliably swear that electronics, broken or otherwise, are being broadcast through the speakers. In fairness, electronics do appear; as the title of the work suggests, amplifier(s) play a part. At the mid-way point in the second number, though low in the mix, harmonic overtones coated in reverb begin to crescendo in underneath the wheezing of the trumpet. As the tune reaches its apex, it becomes impossible to tell if, in fact, one is hearing heavily manipulated or looped sounds. Wooley blurs the distinction between man and the machine. While the latter render representations of the former by design, these pieces showcase the inverse. At times it is impossible to tell who (or what) is responsible for the sounds the listener is hearing. The final piece, the 20 minute “Amplifier,” is the most visceral of the three. Theremin-like quivers, percussive waves of feedback, and unintelligible vocals mingle with distorted vortices that open sharply and close without a trace. The results fall somewhere between Stockhausen and Bruce Russell. Wooley’s abilities as a horn player are beyond dispute; this release demonstrates the versatility and range that make him one of the most exciting improvisers in North America today.