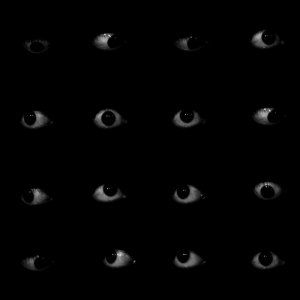 Recorded independently of one another, Black Spiritual’s 2015 cassette on Ratskin, Black Interiors, remains a coherent and rewarding listen despite the duo’s isolation (each occupying side A and B, respectively). The opener, “Temperament” is a creamy, distorted piece which would be well suited as the national anthem of Marginaltopia. “Radius” begins with some brief electronic cracks and hums before Watkins dives head first into the well and lays down the law vis-à-vis a minimal, yet rousing guitar melody. “Location,” demands the listener find the incidental melodies buried amidst mile-wide slabs of feedback in a highly resonant room. “Mass” is a brief, pathos-inducing 2 minute loop that is akin to pressing the nostalgic sounds of one’s youth onto a warped piece of wax. At times, the guitarist sounds like a less atmospheric Skullflower — which is not to suggest this piece has no atmosphere, it just refuses to be bogged down by it like British group, resulting in a sound that is more uplifting, grittier, less bloated, and ultimately lacks the mawkishness ever-present in Metal music in all its derivations. Watkins’ has clearly theorized, ruminated, experimented, and ultimately implemented an approach which borrows the most exciting elements of the guitar, yet manages to leave in his wake the staleness of the instrument. At the risk of being utterly reductive, fans of everyone from the Warmers to the Dead C should be able to get behind his playing.

Side-B opens with Trammell’s “Attentiveness” a resolute number which is more than just solo drumming. The recording is sufficient in reminding the listener the nuanced overtones and resonances of the instrument. “Tempestuousity” revisits many of the same techniques and sounds as if it was an alternate meditation on many of the same artistic and aesthetic themes. What is made apparent on both tracks, is Trammell’s understanding of the sonic and resonant interaction between the kit’s pieces and consequently, the vast aural possibilities of the instrument. He is clearly an accomplished player on a technical level, who, refreshingly is not bogged down by the often hyperreductive and uniform dynamics of the drums. Animal of the muppets, need not apply.