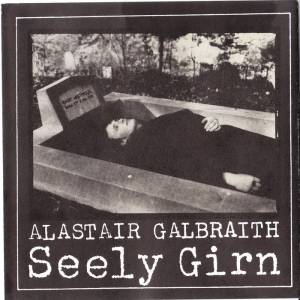 Few artists can so confidently oscillate between different genres as New Zealand’s Alastair Galbraith. Even more impressive, this 1990s retrospective, Seely Grin, featuring some of Galbraith’s early work manages to dip toes in an assortment of ponds, yet still retains a sense of continuity, coherence, and a singularness that reassures the listener that it’s the same person — and that they’ve done a hell of a job to craft the proverbial signature sound. Toying with Syd Barrett-esque psychedelia, lo-fi folk rock, garage punk, and a host of other stylistic undertakings, Galbraith sounds like a joyous traversal through a wistful dream where the aforementioned Barrett, Magical Mystery era-Beatles, the Velvets, Wire, and the Who, at their most pastoral, warp into and over one another to provide the soundtrack. Drastically different from Galbraith’s work with Bruce Russell in A Handful of Dust and an easier entry point for those who gravitate more towards conventional music(s) than some of his more recent work, this is sure to satisfy listeners from either camp. Dynamically broad, sonically rich, and well worth every cent, fans of early K records stuff, New Zealand garage and pop, or anyone who remembers when ‘indie’ wasn’t a genre, but statement, will dig this. As such, I urge all ye Marginal readers— familiar with the man or otherwise— a prompt and thorough listen of Alastair Glabraith’s early output.