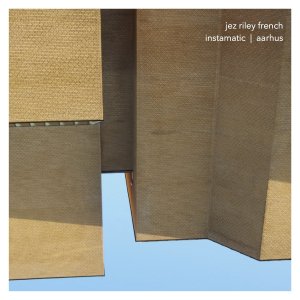 For fans of field and nature recordings and “found sounds,” Jez Riley French is a name that resides in the upper echelon of this arcane aural milieu. This latest release was captured by French whilst visiting the coastal Danish city of Aarhus. The opener “parking” features the sounds of a parking garage undergoing renovations. The sounds captured feature a heavy, cold reverberation that concrete so brilliantly produces. One hears what sounds to be the sound of a groundskeeper spraying down the garage. The sounds that the listener encounters are reminiscent of the recorded works of Harry Bertoia. The album’s second track “dLg” features a mix of creaking metal (nearby train tracks, perhaps?) and crickets in the dead of night. For close listeners and fans of this type of recording, the Englishman provides a “window” into one facet of a distant land. Unlike photography, however, the ability of audio recordings to transcend the moorings of temporality provide a level of nuance, continuity, and change not afforded by visual mediums of reproduction. As the artist is well established and respected, it likely goes without saying, but French excels in his ability to capture and effectively transformer the banal into something sublime and compelling. JrF has long celebrated how rewarding a sensory experience listening can be. Moreover, French has consistently impressed with his abilities to both identify spaces and objects where interesting sounds “happen” and does brilliantly to accurately capture these aural phenomena.