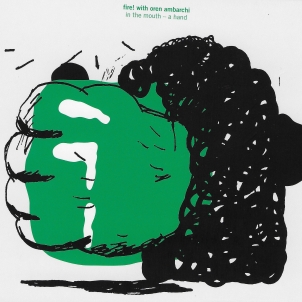 Don’t yell it in a movie theatre, but Fire! (Mats Gustafsson, saxophones/Fender Rhodes and live electronics; Johan Berthling, bass/guitar/ organ; Andreas Werliin drums and percussion) are a heady and paroxysmal ensemble, whose 2012 release featuring Australian multi-instrumentalist Oren Ambarchi, In The Mouth – a Hand, is archetype of what contemporary psychedelia should be. At times reminiscent of Mats Gustafsson’s work with Italian experimental rockers Zu, this quartet effectively bridges the gaps between contemporary improvised music(s), the free jazz of the 1960s and 1970s, and the pulsing hypno-psychedlia of the MC5 in their most incendiary moments or early counterculture kosmische. Throughout the record, moody bass grooves, taken straight out of UFO’s Guru playbook combine with hypnotic, in-the-pocket drumming, flowing strokes of guitar feedback, and Rhodes keyboard fragments to create works that are immersive, immense, and generally relentless. The psych-rock of yesteryear always remained firmly moored within the idiom of rock music, but this quartet have no inclination to do so. They are content to use the tools and motifs of 1960s psychedelia, but use them instead to traverse a landscape more consistent with Coltrane and Pharoah Sanders’ frenetic playing on Om than with the insipid neo-psych drivel in the contemporary rock zeitgeist.